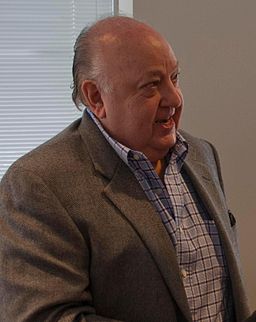 Roger Ailes biographer Gabriel Sherman discusses the implications for Ailes no longer reporting directly to Rupert Murdoch but to the guy Ailes once called a “f***ing dope” instead. Hint: They're not good.

Earlier today, I reported that 21st Century Fox publicly contradicted Roger Ailes when he announced that he will continue to report directly to Rupert Murdoch, not to his sons who will soon take over the media conglomerate. The ramifications are greater than the fact that Ailes’ bosses will soon be people he has clashed with.

(U)ntil now, Rupert always backed Ailes during his messy feuds with Murdoch’s children. Ailes’s tangles with Lachlan were legion. Not long after 9/11, Rupert gave Ailes a new contract after Ailes threatened to resign following a heated argument with Lachlan in the Fox newsroom. Four years later, Lachlan quit his job as deputy COO in charge of the Fox broadcast group after Rupert supported Ailes in a dispute over a TV show that Ailes wanted and Lachlan didn’t. In 2014, Rupert did nothing publicly after I reported in my Ailes biography that Ailes once bragged to a Fox News executive about moving into Lachlan’s vacant office, thereby putting himself closer to Rupert than Lachlan. “Do you know whose chair I’m sitting in? I’m sitting in Lachlan Murdoch’s chair,” Ailes boasted to his colleague. “Do you know who’s sitting on the other side of that wall? Rupert Murdoch.”

No one I spoke to in the hours after the news broke could remember a time when Ailes has been so publicly diminished. “History was made,” a longtime Ailes associate told me. “It is terrible for Roger,” said another. “It is a public contradiction. Roger takes these things personally. Worse, it shows that Rupert did not give him a heads-up of the management change in advance. That alone was a slight to his ego.”

Sherman also notes that Ailes’ contract is up next winter. “According to sources, the fact that Fox’s ratings held steady during Ailes’s leave of absence last year over a health scare has given the Murdochs confidence that Fox could endure in the post-Ailes era,” he writes.

Will these latest developments push Ailes into retirement? Or will he stick out his war against Democrats at least until the presidential election?

We’ll have to wait and see. But either way, there will be lots of schadenfreude, eh?

Antoinette commented 2015-06-18 04:13:07 -0400 · Flag
At his age, Nixon Trainee Ailes needs to retire. The Murdoch brothers may not renew his contract, and hire one of their younger colleagues to run Fox “News” Channel.

When the Trainee goes, we suspect a few mouthpieces will follow him. Race Bait Hannocchio and Billy are too old to attract a younger audience. The Murdochs should let their contracts expire and send them packing.

There will be a major shakeup at 21st Century, you can bet on that!