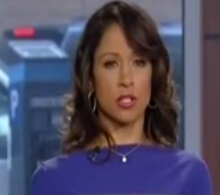 Stacey Dash was trotted out yesterday and all but told to reiterate her “Democrats are like slave owners” smear. Sure enough, she delivered her line.

You may recall that a few months ago, Dash accused Democrats of having a “plantation mentality” in what sounded like a pre-determined soundbite on the Hannity show. Yesterday, Outnumbered co-host Harris Faulkner set up Dash for a sequel.

The occasion was Outnumbered's discussion of a census study that found 65% of kids live in households receive some form of government aid. Faulkner said, "Stacey, I know you have some strong thoughts on this one."

Harris somewhat challenged Dash, “just to play Devil's advocate.” Faulkner asked, "What would you say to somebody who would argue, 'But so many of those children might be needing these programs and so you would be leaving them behind if you didn't shore them up?'"

Dash answered, "Then you educate them, you support them, and you give them a certain amount of time, you don't just keep giving it to them."

Faulkner replied with a thoughtful, "Hmmmm."

Dash didn't say specifically how people should be “supported” or get those “incentives” for a good education. Nobody asked, either.

Watch it below, from yesterday's Outnumbered, via Media Matters.

NewsHounds posted about Fox's Stacey Dash Again Likens Democrats To Slaveowners on NewsHounds' Facebook page 2014-12-20 12:38:12 -0500
On Fox News, providing Americans with a social safety net is the same as slavery.