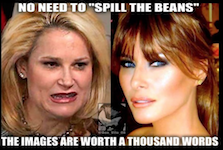 Donald Trump’s latest attack on Heidi Cruz was so revolting that Megyn Kelly interrupted her vacation to comment on it.

In case you’ve not been keeping up... An anti-Trump super PAC published an ad showing a 2000 photo of a nude Melania Trump in handcuffs with the comment, “Meet Melania Trump. Your Next First Lady. Or You Could Support Ted Cruz On Tuesday.”

Trump fired back with all the class his little Twitter fingers could muster: by threatening to “spill the beans” about "Lyin' Ted" Cruz’ wife, Heidi.

But that wasn’t crude enough, sexist enough or “presidential” enough for SAD Trump. Last night, he retweeted a photo of a snarling Heidi Cruz next to what he obviously thinks is an attractive photo of Melania Trump. The caption read “No need to spill the beans. The images are worth a thousand words.” 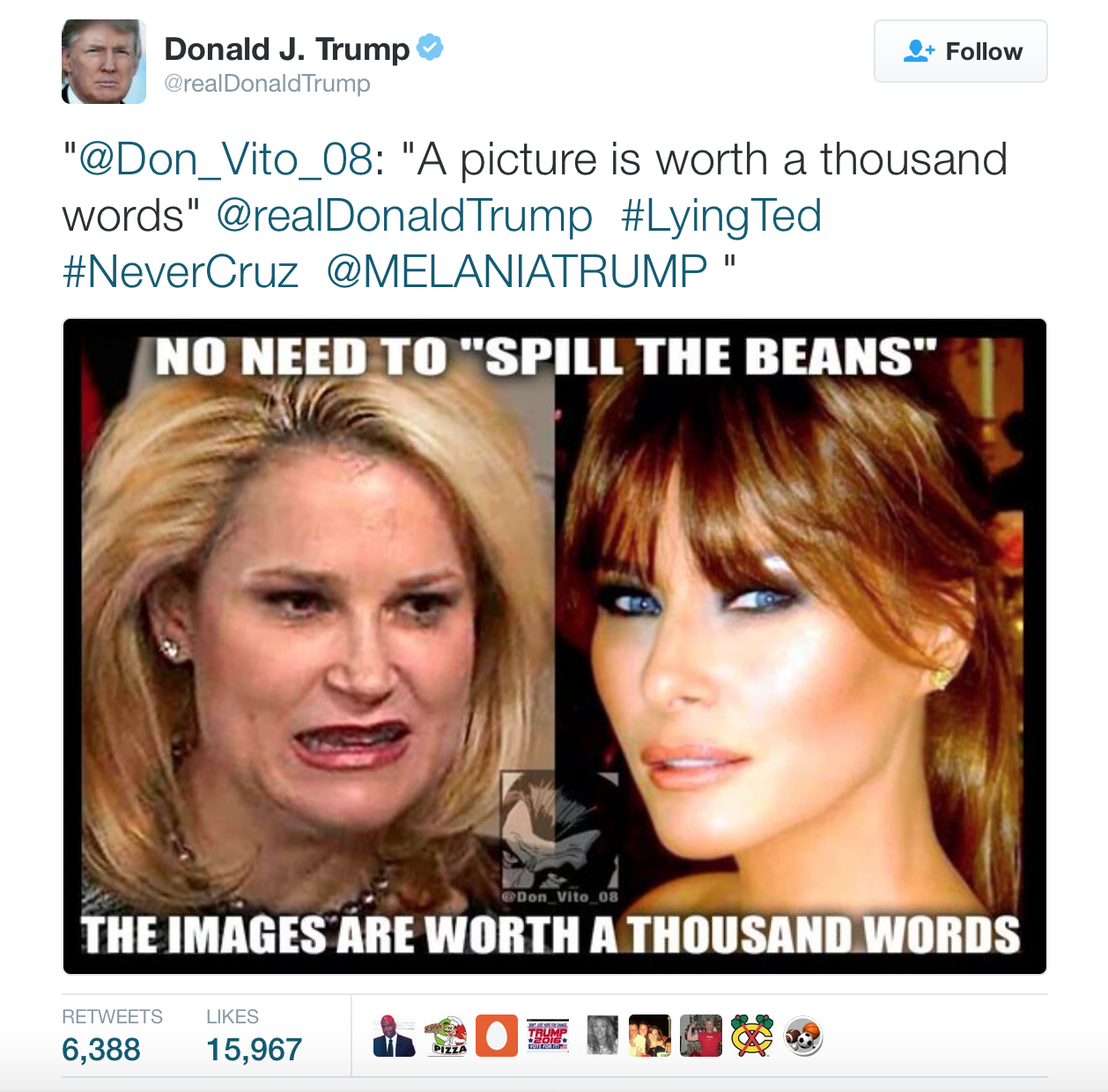 Megyn Kelly has generally not responded to Trump’s sexist attacks on her. But this one generated a tweet of her own, even though she's on vacation this week: “Seriously?” 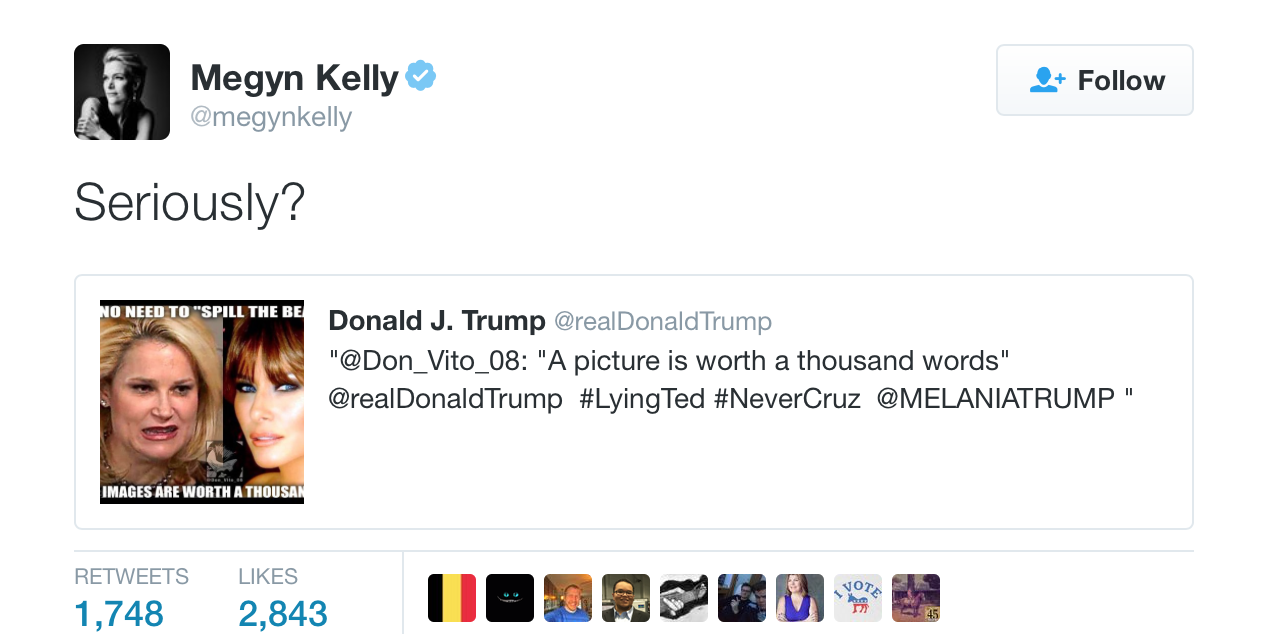 Joseph West commented 2016-03-24 18:20:38 -0400 · Flag
I guess I’d never been “lucky” enough to ever see Melania Trump but my first thought on seeing the pictures was “What do Ariana Huffington and Taylor Swift have to do with tRump and the CruzMissile?”

Then I read the article.

After doing a quick Google search, I’m going to say that Frau Trump’s picture has been, um, cleaned up a bit. According to Wiki, she’s 46 (and 2 years older than Sra Cruz).

A little more Googling, and I found a pic of Frau Trump that looks like it’s undergone a bit less retouching (and makes her actually look like a woman who’s at least 35). http://www.inquisitr.com/2923468/melania-trump-advises-donald-to-act-presidential-despite-wife-feud-with-ted-cruz/

It should be noted that Donnie’s not being completely honest about the “controversial” pictures. Yes, it was for GO—but the BRITISH version, which (like most fashion-related magazines) has a completely different editorial process, especially with modelling. The foreign editions of most fashion magazines display a lot more eroticism and frank sexuality than is allowed in any “mainstream” fashion magazine in the US (with interiors as well as covers). Nude models often frequent the covers of foreign fashion magazine editions though very tastefully done—it wouldn’t be odd to see a French or Italian or Brazilian edition of “Vogue” to have a fully-nude woman posing on the cover, breasts clearly visible but pubic region discreetly covered with her hands or holding a scarf over; pretty much think the most explicit “Playboy” cover on US newsstands, and that’s tame by foreign fashion mag standards.

scooter commented 2016-03-24 15:43:38 -0400 · Flag
I actually give credit and my first grudging respect for Cruz’s response. Don’t get me wrong, I still hate him and and everything he stands for, but he showed a modicum of class in his tweet response. “Donald, real men don’t attack women. Your wife is lovely, and Heidi is the love of my life.”

Ball’s in your court Donny boy.

David Lindsay commented 2016-03-24 15:26:53 -0400 · Flag
I hate to see candidates go past their rivals and attack the families of rivals. Credit should be given to Cruz for not going there while the Donald didn’t hesitate one second.

All Cruz has to do now is take a deep breath and take one well aimed shot.
And not shoot himself in the foot.

Warp Resident commented 2016-03-24 15:22:53 -0400 · Flag
Not being a religious prude, I don’t see the problem with seeing the serial marrier’s current wife’s naked Photoshopped picture. Trump, of course, took no time in smearing his opponent’s wife, typing as fast as his short, child-like fingers would allow.