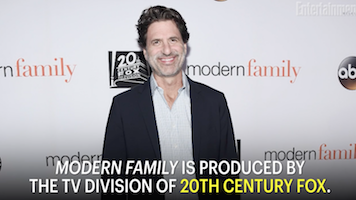 While Fox News was busy doing PR for Donald Trump’s indefensible family separations on the border, some of the talent at other Fox companies have decided they can no longer keep quiet about the inhumane propaganda going on at the sister company.

Seth MacFarlane said he is “embarrassed” to work for Fox News’s parent company, and it turns out a lot of his Hollywood peers are too.

MacFarlane — the creator and star of Fox’s “The Orville” and its long-running animated comedy “Family Guy” — is part of a growing number of Fox-affiliated entertainers condemning Fox News amid outcry over the network’s sympathetic coverage of the Trump administration’s highly criticized policy of separating immigrant families.

That list includes directors Paul Feig and Judd Apatow, in addition to “Modern Family” co-creator Steve Levitan, who signaled in tweets Tuesday that he might want to leave his overall deal with Twentieth Century Fox, which produces the show (though it airs on ABC).

MacFarlane has also put a big chunk of money where his mouth is, according to The Hollywood Reporter:

It’s great to see these people put pressure on the Murdoch empire. Whether Murdoch, in turn, put pressure on Trump - who just signed an order reversing his own policy of family separations - is as yet unknown.

Video below via EW.com.

6/20/18 Update: More have joined the outcry against Fox News.

John McKee commented 2018-06-21 01:18:55 -0400 · Flag
Oh boy, I can hardly wait for the day they bury Wrinkled Rupert. By the time Trump is toppled, the 20th Century Fox name will be even more tarnished by its association with Propaganda Central. The boys still have to keep half an eye on their inheritance, so they can’t offend the old prune too much, but once those toes curl up…