No Democrats On Fox News Sunday – Not Even On The Panel 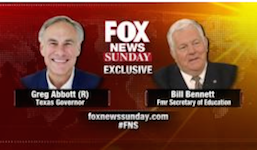 We’ve been keeping an informal tally of Fox News Sunday shows that don’t bother to book any Democrats. But today’s show may take the cake for lack of balance.

In the first discussion, about the Middle East, the three guests were Republican Senator Kelly Ayotte; General Jack Keane, a current or former Fox News military analyst who has been on an Obama-bashing binge on Fox lately, and former Special Middle East Coordinator, Ambassador Dennis Ross. Ross has worked under both Republican and Democratic presidents, including President Obama, but he seems to be more closely aligned with Israeli Prime Minister (and Republican darling) Benjamin Netanyahu than President Obama. Ross is a Fox News foreign affairs analyst.

In other words, a Republican, a critic of the Obama administration and one kinda sorta in the middle and kinda sorta critical.

The next guests debated Common Core from the conservative perspective, only. Texas Republican Greg Abbott was against it and Republican former U.S. Secretary of Education Bill Bennett is a supporter. A cynical person might think of this as the “Don’t hate Jeb Bush for supporting Common Core” segment. 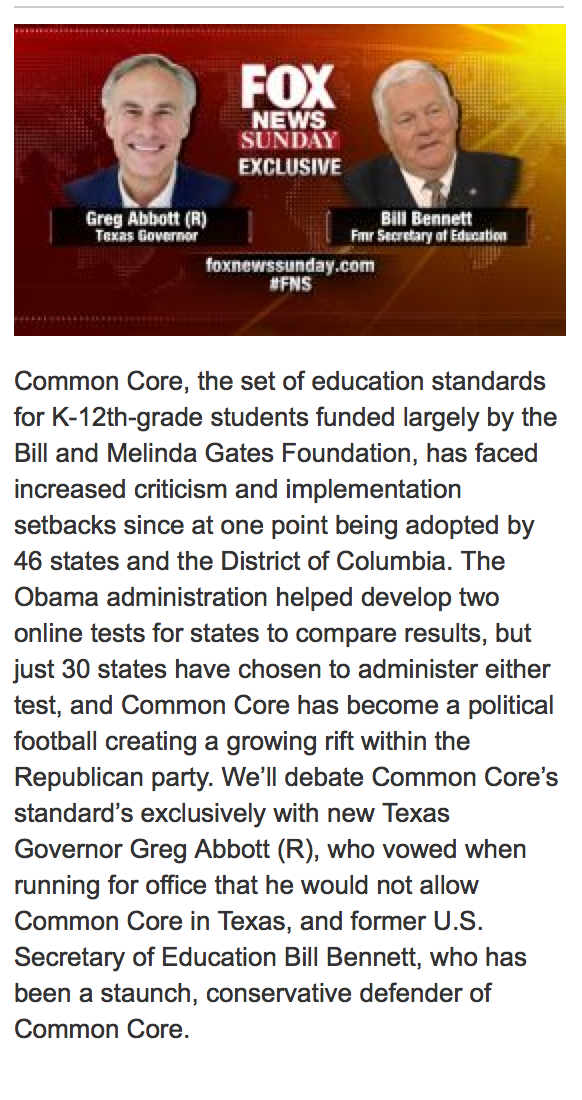 The panel was no better: Republicans George Will and Dana Perino were “balanced” by The Associated Press’ Julie Pace and the New York Times’ Peter Baker. 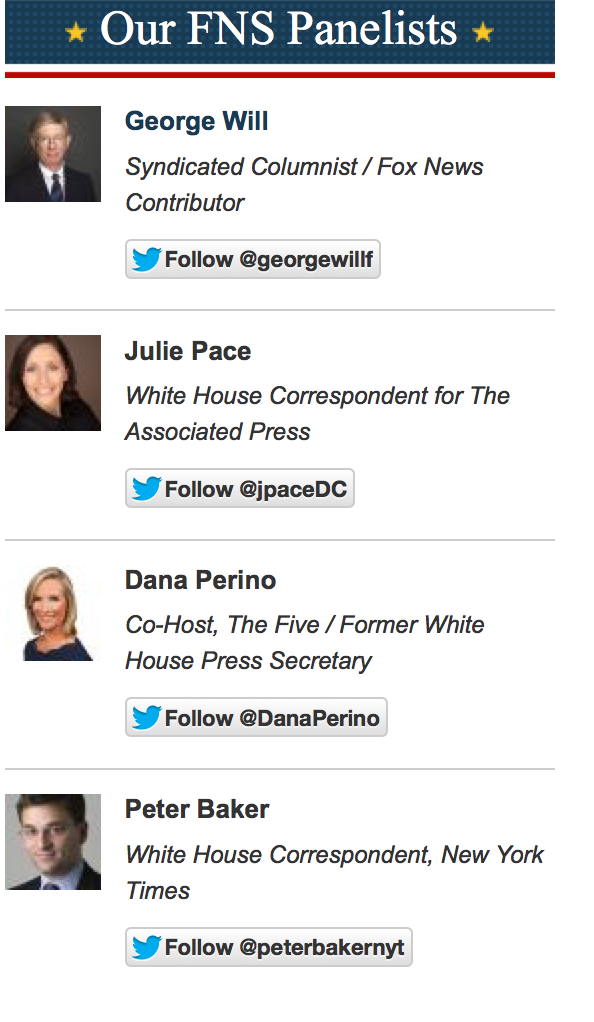 You can read the full transcript of the show here.

Below are other Fox News Sunday shows without Democratic guests: