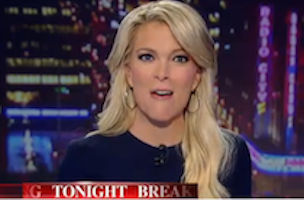 Like a bad penny, Megyn Kelly seems poised to turn up again in the media once Donald Trump goes away, assuming he ever does. But I've got some unsolicited advice for her to do better by doing good.

While she sits at home counting the $69 million she made from her ill-fated and truncated NBC career, The Daily Beast reports that Kelly is plotting a return to right-wing media right around the time Trump may lose re-election:

[“A source close to Kelly” said]: “The urgency to fire it back up for the next day to three months is pretty low. But ever? Like in a year? Much higher. It’s not like she’s sprinting and saying ‘I gotta get there now.’ But she does want to get informed and get to a place where she can make a really good decision. So she’s sort of setting herself up for that now and patiently going about that process. But no doubt, the engines will fire up at some point.”

Kelly herself predicted—to a TMZ crew that miraculously ran into her one January night on an Upper East Side sidewalk—that she’ll be back on television sometime this year. The encounter was a prelude to what looked to media observers like a planted Feb. 26 Page Six item headlined “Megyn Kelly eyes October return for 2020 race.”

It’s unlikely that Kelly will get a spot on a major network any time soon given that she has managed to antagonize viewers and co-workers at NBC and Fox News. Unless she starts donning a MAGA hat and starts railing about the “deep state,” it’s unlikely she’ll fit in again at Fox right now.

But after 2020? That could be a whole different scenario. Lachlan Murdoch didn’t completely shut the door last November, just before the midterm elections:

"I'm a big fan of Megyn's. I like her a lot. We didn't want her to leave Fox when she did," the CEO of New Fox said at The New York Times' annual DealBook Conference. "Having said that, I'm very happy with our current lineup on Fox, and we won't be making any changes there."

The Daily Beast suggests that Kelly’s return may be via a lower-profile (and lower-paying) media presence, maybe at Newsmax, Sinclair or even via podcast. But it's easy to see her returning to Fox News, especially if it's a bit less of a Trump PR operation at some point next year. "Several industry insiders" told The Daily Beast they also think Fox a logical place for Kelly to reboot.

But I’ve got some unsolicited advice for Kelly: She’s got enough money to keep her and her family more than comfortable for the rest of their lives. Why not use this time to do something for a cause greater than herself? Nothing would rehabilitate her racist image better than putting some serious efforts and money into a mission on behalf of African Americans. Not incidentally, it could actually bring the kind of reward and benefits that neither money nor fame could ever deliver.

Kevin Koster commented 2019-04-07 16:16:22 -0400 · Flag
Kelly just wants to keep her name out in the public consciousness. My thinking is that she’ll most likely just fade away, like other former Fox News personalities have. Her behavior at NBC just confirmed what actual journalism outlets have been noting for years – that Fox News hosts are not suitable to take mainstream air time.

Frankly, the best use of her time would be for her to pull the “O Reilly Maneuver” – spend her time on her own website and blog, and rail about how “the media” mistreated her.