Liz Cheney: To Liberals, ‘Abortion Rights Trump Everything Else’ 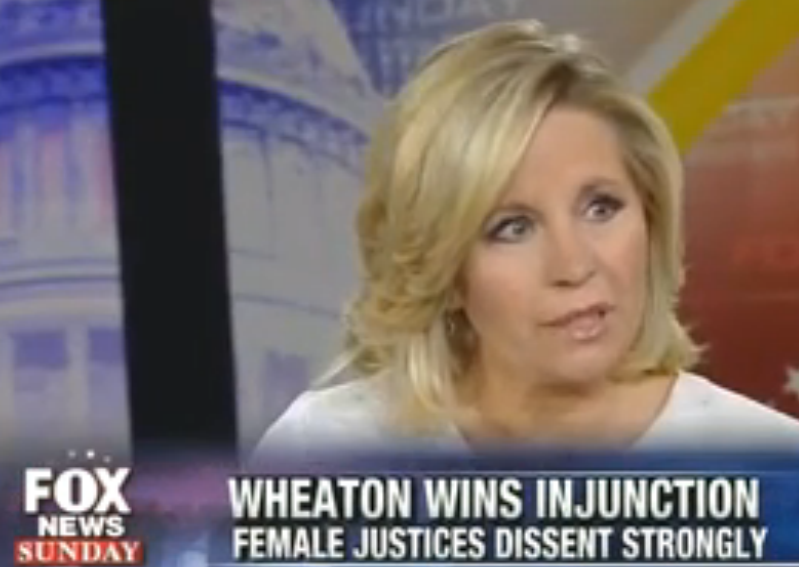 Liz Cheney was back on Fox News Sunday yesterday, blaming President Obama for all the ills in Iraq and giving Daddy “no doubt Iraq has WMDs” Dick Cheney a complete pass. Afterward, the discussion turned to the Hobby Lobby and Wheaton Supreme Court rulings. Cheney showed just the kind of sympathy and compassion toward women denied contraception coverage that you'd expect.

Cheney was asked to chime in on the blistering dissents of Justice Ruth Bader Ginsburg and Sonia Sotomayor in the two cases. She said:

The dissents of both of these cases, though, show the passion that’s there, but also, frankly, a legal theory that we haven’t seen before, which is essentially a theory that says abortion rights trump everything else. Abortion rights are more important than the free exercise of religion.

This isn’t about Republicans blocking access to contraception. This is about the court saying, this is the law. And don’t forget that RFRA was passed unanimously in the House, only - yes, three votes against it in the Senate - and signed by Bill Clinton.

Well, actually, it IS about Republicans blocking access to contraception. As our Priscilla has repeatedly noted, emergency contraception is not abortion. Nor are the IUDs that Hobby Lobby got an exemption from covering in its health insurance. Yet nobody on the panel corrected Cheney.

Nor did anyone point out that for people like Cheney – and her pals at Fox News – who refuse to grasp this distinction – denial of abortion rights seems to trump everything, That includes science.

Watch Cheney get a pass in the video below, via Raw Story.

Tim Fromla, if you’d care to clarify, please do.

radpat_USA commented 2014-07-08 19:37:33 -0400 · Flag
Tim Fromla…..any bets if you wrote everything down that you know about the the history, the true intentions of the founders and the their justification for establishing the 2nd amendment it would fit on a bumper sticker?

Especially the rights of those who’ve joined the ranks of the “postborn.”

Look, troll, show us all the “gun control” legislation that’s been passed at either the state OR federal level in the last decade. Then please go back and look at the most recent Supreme Court decision on gun rights and how it expanded gun rights to a degree that the Founding Fathers NEVER intended (despite the majority of the court that keeps perpetual hardons* for “original intent” on every other aspect of the Constitution)

Then tell us again that “gun control trumps gun rights.”

*Sorry, couldn’t think of a truly better phrase to describe the matter.