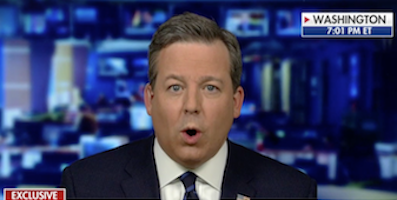 While the firing of Fox News anchor Ed Henry may have been a bombshell, complaints about his sexual misconduct go back to at least 2017.

As I wrote in my post about Henry’s firing, you may recall that he took a “time out” from Fox after salacious details about his extramarital affair with a Las Vegas “hostess” became public, in 2016. At the time, Henry was Fox’s chief White House correspondent. He became co-anchor of America’s Newsroom in late 2019.

NPR’s David Folkenflik reports that the revival of Henry’s career was conditioned on his completion of a sexual addiction rehabilitation program. But at least some of his colleagues remained uneasy:

Several former colleagues tell NPR that over the years, Henry proved aggressively flirtatious with younger, female Fox staffers. He sometimes sent graphic notes and even graphic images to them, according to these colleagues.

In 2017, a written complaint was filed to senior Fox executives warning against giving Henry greater profile on the air, including as a substitute host and anchor, according to a former colleague with knowledge of those events.

The complaint said the prospect of Henry's greater prominence on Fox was crushing for female colleagues after the network had promised sweeping changes following Ailes' ouster.

We don’t know why Fox promoted Henry despite the complaint, but we do know that in early January, Henry was seen wearing a Trump campaign hat while cavorting on a golf course with a Trump donor who boasted about stalking Trump impeachment witness Marie Yovanovitch.

The complaint that got Henry fired involved “willful sexual misconduct” that occurred “years ago, according to the Fox News statement. The newsroom was reportedly shocked and stunned by Henry’s termination.

But I’ll bet there are some women who were not a bit surprised.

Folkenflik noted that Henry has denied the Fox allegations but did not respond to other allegations about his behavior:

Henry "is confident that he will be vindicated after a full hearing in an appropriate forum," his attorney Catherine Foti wrote. She did not address the characterizations of his behavior provided to NPR by several former colleagues.

Kevin Koster commented 2020-07-02 19:50:42 -0400 · Flag
It’s not hard to understand why Fox News allowed and even encouraged Ed Henry’s predatory behavior. Sure, they made some public noises about reform and trying to have people act less like pigs. But there was no reason for them to really do so, without someone being willing to really make a major public situation out of it.

In the cases of Bill O’Reilly and Eric Bolling, there were public situations and fairly embarrassing ones. And with O’Reilly, there was a similar scenario of Fox News having sat on multiple cases or paid them off over two decades before finally being publicly humiliated over them. Looks like Ed Henry’s conduct was similar. I’d note that there are others within Fox News, who have been able to get away with this kind of thing – Charles Payne is one who comes to mind. And there are most certainly many others we haven’t even heard about. Yet.

As for why Ed Henry got a cushy promotion for himself even while behaving like this, there are a couple of obvious factors. One is that they were rewarding him for hounding the Clinton campaign all through 2016, particularly his biggest attempted “gotcha” moment about “wiping” the server. As part of their multi-year victory lap over “owning the libs”, they were delighted to give him a promotion and make sure that his face was front and center for all to see. And the other is, again, that they weren’t all that concerned about whether he was harassing women. Rush Limbaugh used to openly brag about scoring harassment and crude jokes – why would Fox News, which modeled its behavior after Limbaugh, do any different.

RW Fan brings up an interesting aspect – about whether or not Henry would be stupid enough to threaten a lawsuit. I agree that Fox News would have had to have enough to discourage him from that approach. And I again ask the question about Eric Bolling’s 50 million dollar lawsuit against Yashar Ali – how’s that going for him? And how are all the lawsuits that Bill O’Reilly said he would be filing to defend his “good name”? These guys seem to talk a big game but then not actually do anything. Similar in many ways to Pence’s childish little spokesman over the past 3 1/2 years, isn’t it?