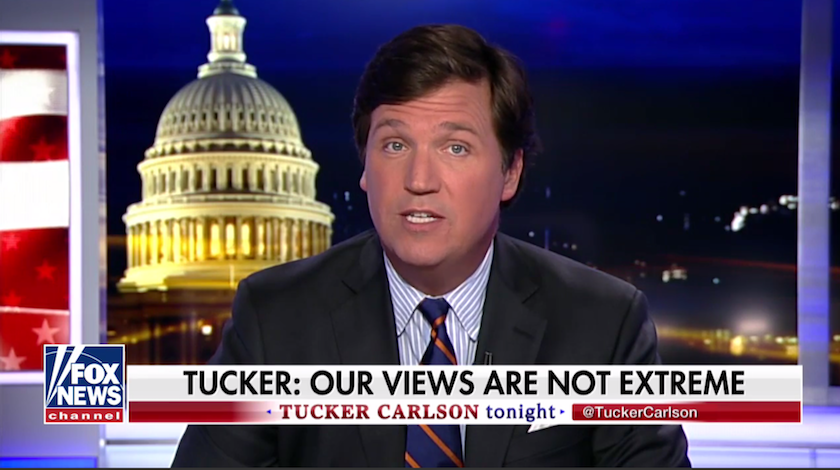 Sure enough, Fox News claims it was totally unaware that Blake Neff, a man working at the network for nearly four years, and who served as Tucker Carlson’s top writer, is as the network put it, an “abhorrent” “racist” as well as a misogynist and homophobe.

Yesterday, after Neff’s disgustingly bigoted, misogynistic and homophobic online posts were outed by CNN, prompting his resignation, I predicted that Fox News “will surely claim it had no idea that such a racist was working right under everyone's nose on a show known for dog whistling to white nationalists.”

Sadly, I was right. Instead of any kind of mea culpa, Fox is claiming ignorance.

TheWrap published the memo from FOX News Media CEO Suzanne Scott and FOX News Media President & Executive Editor Jay Wallace. You may recall that less than two weeks ago, these two claimed to have just discovered that anchor Ed Henry had been involved in “willful sexual misconduct.” Yet the network had reportedly been warned about Henry in 2017.

So color me skeptical about this latest bit of “We knew nothing!”

Yesterday we learned that now former employee Blake Neff, a writer on Tucker Carlson Tonight, made horrendous and deeply offensive racist, sexist and homophobic comments under a pseudonym on the forum AutoAdmit.

We want to make abundantly clear that FOX News Media strongly condemns this horrific racist, misogynistic and homophobic behavior. Neff’s abhorrent conduct on this forum was never divulged to the show or the network until Friday, at which point we swiftly accepted his resignation. Make no mistake, actions such as his cannot and will not be tolerated at any time in any part of our work force.

Translation: racism is allowed to be strongly suggested, just not stated outright at Fox News.

The memo also said that Tucker Carlson will be addressing the matter on his Monday night show. He'll probably claim to know nothing about Neff’s racism, too. Or worse, he'll don his cloak of anti-racism as a subterfuge and go on another tear against anti-racism efforts that protect actual minorities.

Ellen commented 2020-07-12 00:21:47 -0400 · Flag
Jimmy Jones, I was deliberately trying to make the Casablanca connection. I made it more explicitly in the original post. http://www.newshounds.us/tucker_carlson_top_writer_resigns_racist_sexist_remarks_online_071020

Glad you thought of it, too!

Am I the ONLY one thinking of Captain Louie Renault finding out there was gambling at Rick’s Cafe in Casablanca?

Rw Fan commented 2020-07-11 20:35:21 -0400 · Flag
You can bet Tucker will say something like “Blake was always professional here on our show and never showed any racism toward anyone. I am shocked this happened. That’s not the co-worker I knew and those comments are not reflective of who he is.”