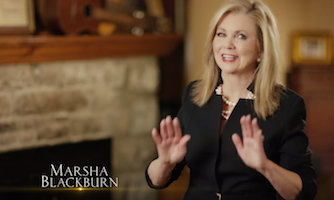 One of Steve Bannon’s preferred foot soldiers for his war on the Republican party is Congresswoman Marsha Blackburn, now running for retiring-Sen. Bob Corker’s seat in Tennessee.  So guess who got a full hour to promote her candidacy on today’s Outnumbered show?

It's one thing to have a friendly interview with a Republican candidate. But it's quite another to hand her a cohosting spot. Fox's Katie Pavlich, also a cohost on today's show, made an explicit endorsement of Blackburn on Twitter earlier:

Look who's on @OutnumberedFNC today, @MarshaBlackburn! Looking forward to seeing her in the Senate. pic.twitter.com/5MXS2Sfrbu