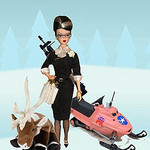 Fox's campaign to impeach President Obama is ratcheting up. In addition to the overt calls for impeachment, there are the subtler "Obama can no longer govern effetively" messages that pretty much amount to the same thing, only in a softer package. Now, the "civil" and "tolerant" Fox Nation is openly promoting impeachment. Via that political whizkid, Sarah Palin. 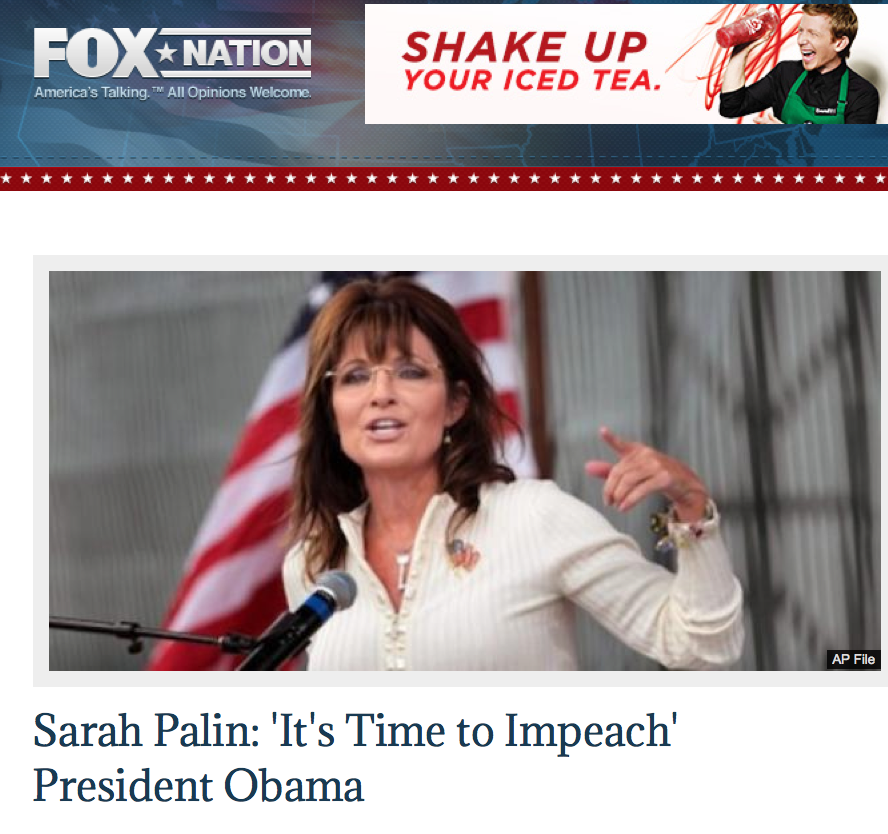 I guess if Palin can't get a job on The View, she can troll for attention on Fox. And oh, look! Her ploy got her a spot on Hannity tonight, where she'll talk about "why it's time to impeach President Obama," as FoxNews.com describes it. 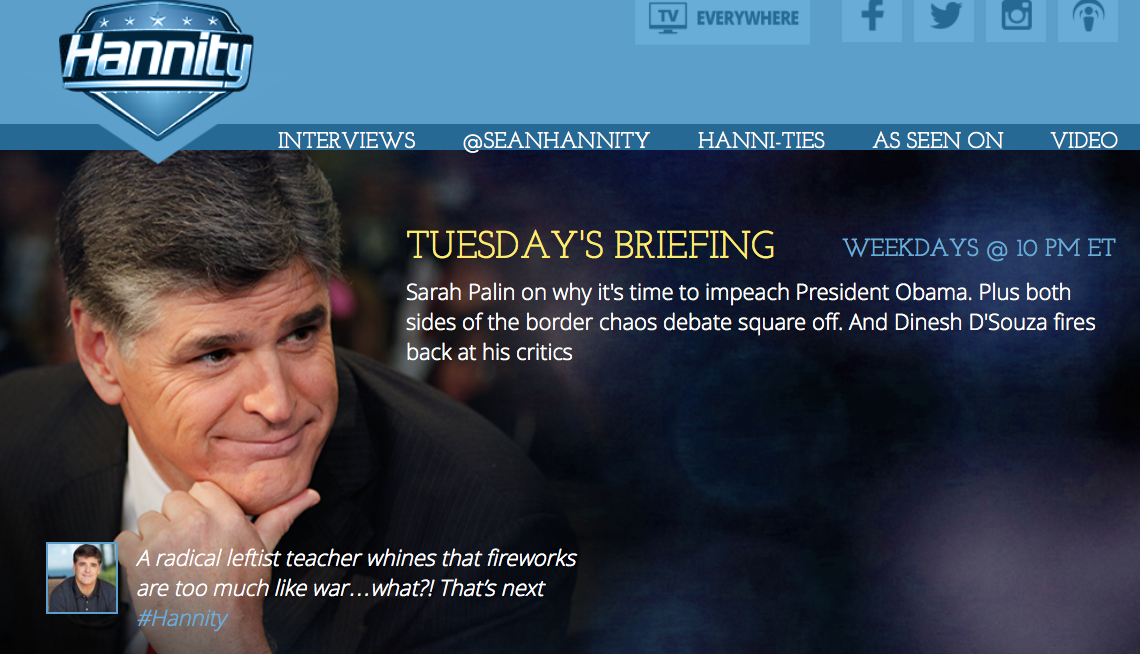 I don’t think I’ve ever heard Hannity directly call for impeachment — he usually let’s others do it while he eggs them on and salivates — but today he came close.

Obama’s refusal to obey the law and secure the border, according to Hannocchio, is just continued proof that the president was brainwashed by — YES, AGAIN — Ayers, Dorhn and Rev. Wright! Obama, Hannity says, is “the Manchurian candidate… radicalism to the end!”

Hannity has proof of this — just look, he said, at Obama’s decision to give all illegals drivers’ licenses (either totally misunderstanding the ninth circuit decision the other day or outright lying about it).

Slanthead thinks the President’s request for $3.7 billion to deal with the current problem is an insult to real Amerikans. “I could do it for $1 billion!” he boasted.

Mind you, Hannity wants to deport all those children with “kindness.” Rather than a smelly box car, he suggests chartering hundreds of planes (from Delta, Jet Blue, etc.) and flying them back home. He even thinks they should have a “great meal” on the trip (a Big Mac and super-sized fries? He didn’t say).

As long as they stay hundreds of miles away from Slanthead. Today, I heard (for maybe the first time) him grouse about the early morning shape ups for work on street corners on Long Island. As Antoinette has pointed out, the few Hispanics allowed to work in Hannocchio’s community stay behind the hedges as instructed.

But elsewhere on the Island, it’s having a “massive impact as they gather at the corners waiting for a truck to come by… and the police ignore it!”

Gee Seanny, would it make you feel safer if they were sandy-haired, freckled lads with names like Kyle and Patrick?

Anyway, after Thursday, it will all be over, as Slanthead is traveling down the Rio Grande to do his shows with Gov. Perry and demonstrate to everyone, “up close and personal,” how to secure our sacred border once and for all. At a minimum, he can instruct the guv on how to fix a bayonet to an assault rifle.

And Perry will, no doubt, again urge Hannocchio to relocate to Texas, citing that new piece in Rolling Stone

which shows how comfortable all the nutcases down there will make our boy feel when he moves to his “little spread.”

truman commented 2014-07-08 21:25:28 -0400 · Flag
Speaking of which, how about an ex post facto impeachment of Dumbya Bush and Five-deferment Dickhead Cheney for starting a totally unnecessary Iraq war based on phony intelligence reports?

Dave Wright commented 2014-07-08 21:02:43 -0400 · Flag
The problem is the right doesn’t realize the damage they are causing with such requests. Impeachment should be taken seriously. It damages the office. Palin and Hannity, however, are so consumed by hate for Obama that they can’t see this. Pity.

Steve St John commented 2014-07-08 19:53:39 -0400 · Flag
Republicans are such idiots with this impeachment business. Just think, between Andrew Johnson and Bill Clinton (that’s what, like 130 years?) there were no impeachments. Now they’ve gone after Clinton AND Obama. It’s become more meaningless drivel from the party of NO.

I even recall someone (can’t recall who) getting their name in the paper by calling for Obama’s impeachment THE DAY BEFORE HE TOOK OFFICE!