Fox Nation Race Baits - And The Readers Call A Black Man An Ape, The N-Word, Etc.

Fox Nation veered from its usual Obama-bashing to post a story that has nothing to do with the president or politics. So what do you think the purpose of a story about a deadbeat dad with 22 children by 14 women might be? Did I mention that he's African American? Fox Nation didn't have to mention it because they posted a large photo of the man at the top of the page. But the readers got the message and responded with the most nauseating racism that is shocking to see on a major news site, especially one that claims to be a community of "civility" and "tolerance." (H/T J.L.)

You can read the full Fox Nation article and its comments here. 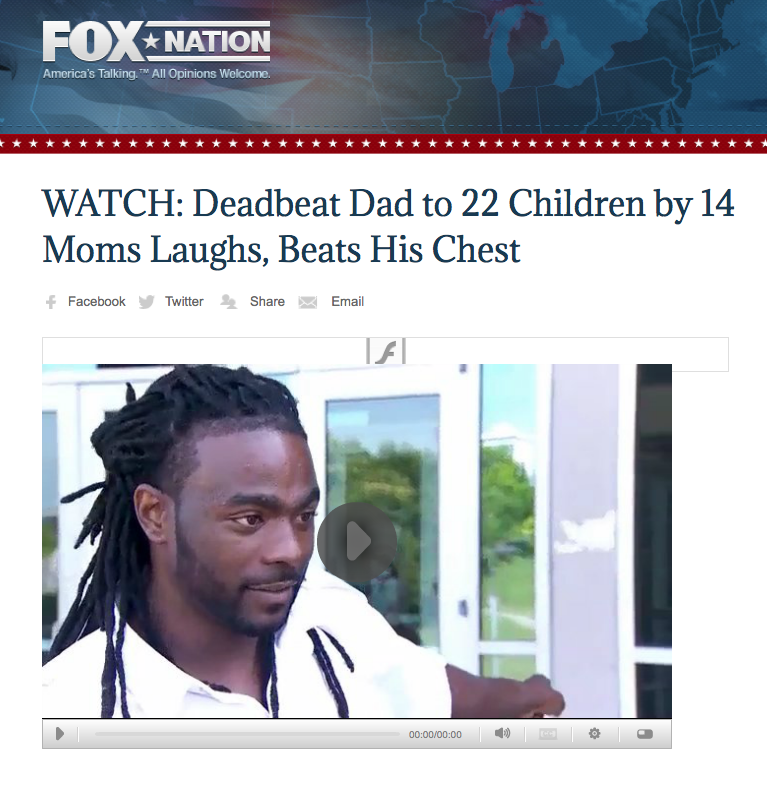 Our reader J.L. found these comments yesterday, some of which seem to have been removed. 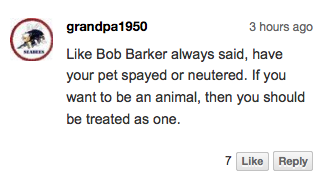 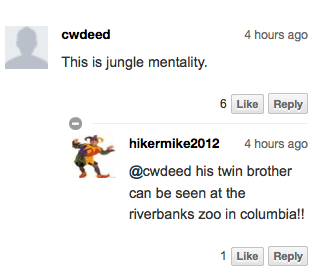 But I just found the following, apparently deemed acceptable: 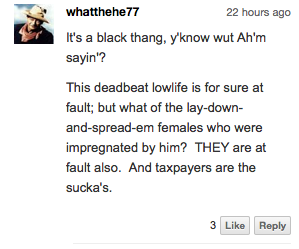 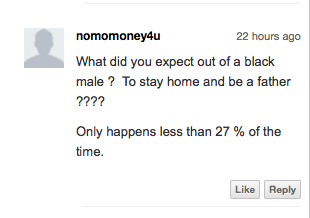 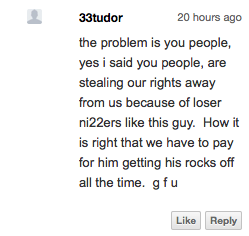 Hard to believe this is the same FoKKKsNotion that recently asked, “Why Are Liberals So Rude?”

NewsHounds posted about Fox Nation Race Baits - And The Readers Call A Black Man An Ape, The N-Word, Etc. on NewsHounds' Facebook page 2013-06-08 11:21:14 -0400
Gee, why do you think Fox Nation put aside its Obama rage to post this insignificant story that has nothing to do with politics?