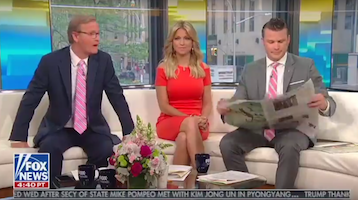 Fox & Friends’ host Pete Hegseth’s untruthful accusation that The New York Times did not report on a story about the capture of key ISIS leaders proves he’s just as unethical a news host as he has been a husband and manager.

“I looked for the ‘five ISIS leaders captured’ in the failing New York Times, and in the print edition today, I have not seen it yet,” Hegseth said, employing President Trump’s favored title for the 166-year-old newspaper.

Earlier in the segment, host Steve Doocy had asked why no one was “talking about” the capture or “giving the president credit.” Hegseth added that “the so-called mainstream media that loves to hate this president” had repeatedly swept aside other similar “successes on the battlefield.”

Had Hegseth bothered to do a simple Google search or a legitimate search of the Times’ website, he would have seen that the Times reported the story on May 9, two days before Hegseth got around to it. 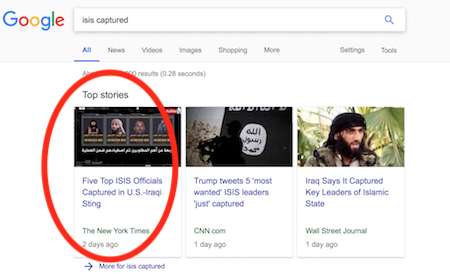 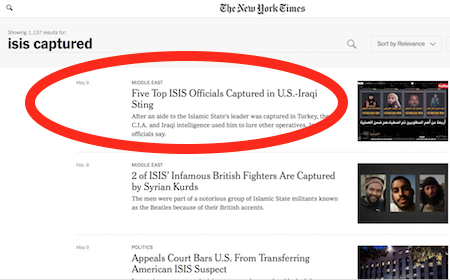 This kind of dishonesty and ineptitude from Hegseth should not come as a surprise. He’s a serial wife-cheater with a history of nepotism, putting unqualified personnel in high positions and questionable use of other people’s money.

Watch Hegseth look in the wrong edition of the “failing” New York Times below, from the May 11, 2018 Fox & Friends, via Think Progress.