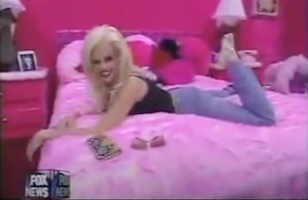 In case you’re wondering how Fox News culture got the way it was depicted in yesterday's lawsuit this video put together by Brave New Films, in 2007, provides a hint.

Brave New Films, you may recall, produced the “Outfoxed” documentary which I'd argue first made the world aware of how Fox News propagandizes and perverts the news. (Disclosure: I served as a researcher for that film and it became the launching pad for this blog).

Three years after Outfoxed, which came out in 2004, Brave New Films produced a series of shorter videos about Fox called “Fox Attacks,” with some assistance from the then-NewsHounds bloggers.

With the latest lawsuit painting a Fox News culture that is as sleazy and misogynistic as ever, this video seemed relevant again. All the footage comes from Fox.

Watch it below, from November, 2007, via Brave New Films:

John McKee commented 2020-07-21 23:24:14 -0400 · Flag
And that’s not even covering the tens of thousands of cross leg semi-glimpses and glass desk mini-skirt teases that have been reviving the libidos of nasty old perves for 25 years!