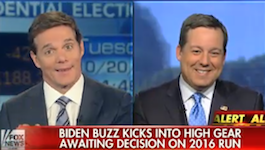 The minute I heard Ed Henry say that sources close to Vice President Joe Biden told him Biden would run for president, I was suspicious. Why on earth would anyone in the White House - much less multiple people - leak something like that to Fox News?

Yesterday, Henry tweeted, "Three sources close to @VP telling me he's expected to announce he is running but the sources are all urging caution on 48-hr timeline." Also, "The three sources say @vp telling supporters in calls planning to jump in race but not rushing -- watch Sat Jefferson Jackson dinner iowa." Henry also made several appearances on Fox touting this "scoop." 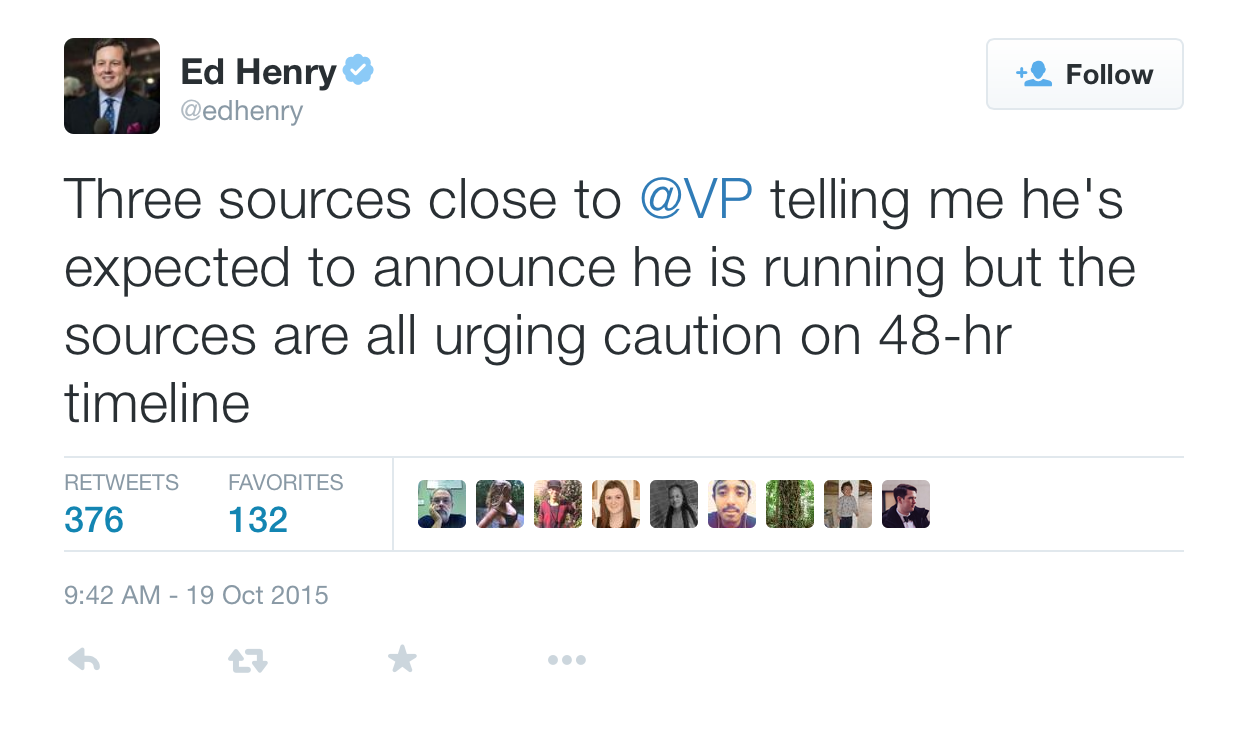 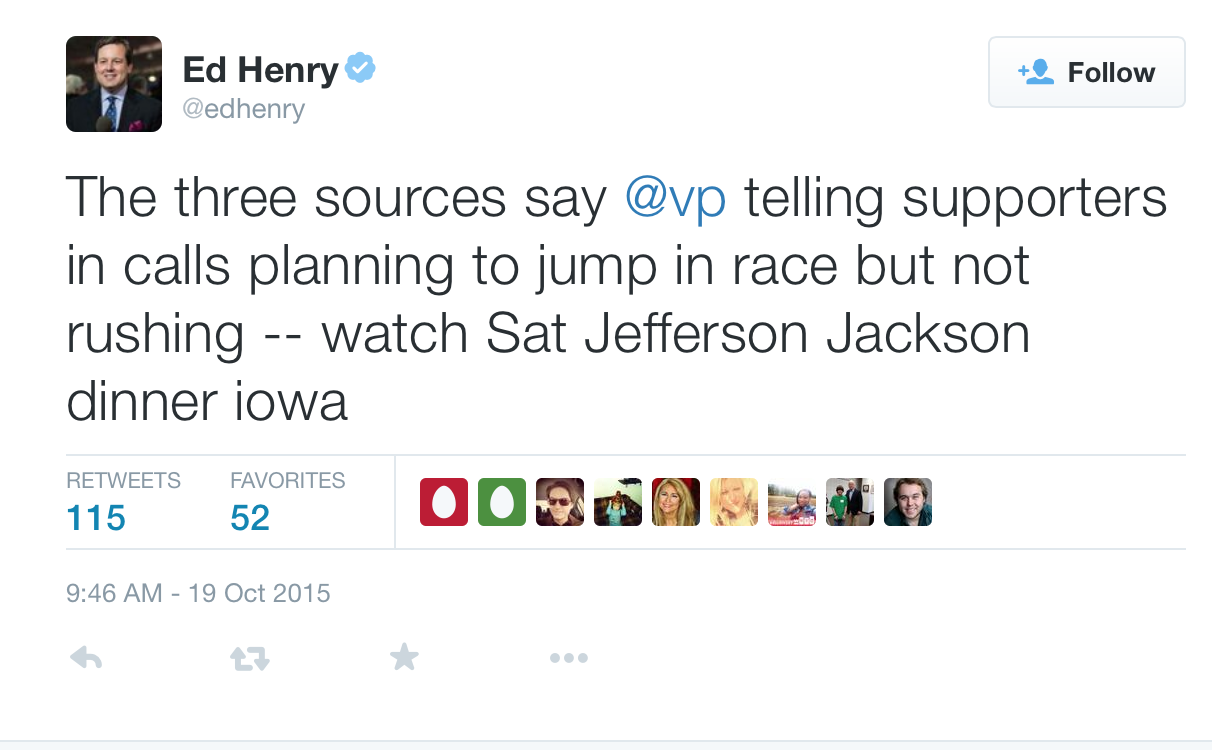 In reality, Biden announced today he will not be running. As Mediaite noted, other news outlets reported hearing about indications Biden would run but nothing as "authoritative" as Henry.

On America's Newsroom yesterday, Henry discussed his "inside dope" about Biden with host Bill Hemmer:

HENRY: He's likely in. There's only one caveat, which is that he has still not made a final decision, according to my sources. ...I've got three sources close to the vice president who are saying that in meetings and in phone calls, he has said he is likely to get in and the timetable I'm hearing is, over the course of the next month.

...My sense from sources on the inside is Joe Biden is resisting a deadline and really wants to take his time.

Later, on On The Record, Henry also discussed the matter with host Greta Van Susteren:

HENRY: In one phone call, I'm told, very recently he said, "I'm gonna get in but over the next month." OK?

...I think he wants to do it, he just hasn't quite pushed the button.

So, are Henry's "three sources close to the vice president" worthless or did they deliberately mislead Henry to prove that Fox News is faux news?

I report, you decide.

Watch Henry, below, on the October 20 America's Newsroom and On The Record.

Slott Robbins commented 2015-10-21 23:07:30 -0400 · Flag
I’m reminded of those Bug Bunny cartoons with Elmer Fudd tricked by Bugs to going off a ledge…sitting there, momentarily defying gravity, and all of a sudden Elmer turns into a lollipop displaying a “sucker” wrapper.