Got Irony? Bill O'Reilly Attacks 'Salon' Because Writer 'Smeared' Him!!

Bill O'Reilly has perfected the fine art of the Fox News fatwa which includes a relentless personal attack on Dr. George Tiller, a safe and legal abortion provider, even after Tiller's assassination. America's pastor (or is it mullah?) in chief has absolutely no qualms about attacking anybody with whom he doesn't agree. Frequently, in order to make these folks' lives miserable, he sends out his stalker/producer to harass them. On occasion, these folks get death threats. O'Reilly can give it; but he certainly can't take it as evidenced by his admonition to ignore "guttersnipes" and his seemingly paranoid screed about "enemies." So ya gotta laugh uproariously out loud over O'Reilly's latest bit of umbrage over how a "Salon" writer lampooned his commentary on the Jimmy Kimmel show. It appears that while O'Reilly can talk the talk about critics, he can't walk the walk!

Thursday, Bill proffered his nightly pearl of wisdom otherwise known as the "tip of the day" - a piece of advice that, as demonstrated in his tip to privately vent one's anger, Bill has had problems following, such as when he "terrorized" a female Fox employee. Bill began by proclaiming that he "usually ignores dishonest websites because they are legion" and "really not important." And, in the style of his comedic avatar, Steven Colbert, he put "Salon" on notice because, according to O'Reilly, they "need to be called out for a truly terrible situation."

What, you might ask, is this dreadful bit of mendacity directed towards the all knowing and all powerful baron of bloviation? It seems that "Salon" author, Prachi Gupta (O'Reilly dragged out the name just to make sure his barcalounger brigade knew that she was one those dark skinned furriners), had the sheer audacity to describe O'Reilly as (LOL) a "human picketing sign" who visited Jimmy Kimmel to talk about his interview with the president and pimp his Killing Jesus book. What, you might ask, is the problem with that? It seems that when Gupta noted that her readers can be a part of the O'Reilly presidential interview if they purchase a copy of his handwritten notes (which Colbert has also satirized). Her sin was that "this woman" (ewww, a dirty brown and possibly non-Christian female) didn't mention that the actual notes are being auctioned off for a veterans charity.

Bill shouted "somehow, that woman couldn't put that in" because "she's writing for morons." He blithered about how Ms. Gupta thinks because her readers don't watch O'Reilly, she "can say whatever she wants feeding them dishonest garbage all day long." (Oh, the irony). He accused the writer of being "vile, dishonest, disgraceful" (OH, THE IRONY!!!!) and advised his fans to "avoid smear websites."

He concluded with information about bidding for his signed original notes or getting a signed replica of this modern media masterpiece.

Here is is, your moment of Zen. 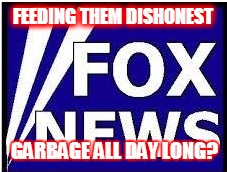 And BTW, check out Ms. Gupta's response to O'Reilly who, as she very accurately describes, is man who "wears anger like it's an expensive fashion accessory."

And if you're interesting in bidding on Colbert's microwave, that he stole from O'Reilly's Green Room, you can do it here. The proceeds go to a veterans charity.

With all my love,
Headly Aunty

d d commented 2014-02-23 13:43:00 -0500 · Flag
So BOR has got his undies in a bunch because this Gupta person didn’t mention that the interview notes were being auctioned off for the Fisher House? LOL! Well, not surprisingly, BOR is being dishonest in his criticism of her because, in the very post that he is ranting about, she had a link that was highlighted in red which led directly back to her previous post where she clearly said that it was being auctioned off for the Fisher House charity. Does BOR and his toadie staff not understand the use of active links within posts/articles?

In my opinion though, BOR’s rant wasn’t so much about her not mentioning his charity (he was just using that as an excuse) as much as it was about the fact that he didn’t like her taking a poke at his over-inflated ego. And, of course, BOR could also use it to paint those who criticize him as nothing more than smear merchants, you know, the usual BOR spin.

And as far as his outrage that she didn’t mention his charity, BOR is being an uber-hypocrite. When he blasted Colbert for supposedly mocking his “charitable efforts”, BOR deliberately did not tell the folks that Colbert is also auctioning off an item for charity (BOR’s microwave for the Yellow Ribbon Fund). BOR could have told the folks about Colbert’s auction in order to be totally upfront, a good sport about being the butt of a joke and to help out another military charity. But he chose not to and that makes BOR guilty of the same petty behavior that he is accusing Gupta of.

In BOR’s bizzaro reality, people and websites that rightfully dare to call out and/or mock him are declared to be guttersnipes. Yet BOR believes it’s okay for him to engage in ugly smearing and very selective reportage. Geez. Sorry, BOR, you have no credibility in this matter – your rant only served to show just how hypocritical and thin-skinned you are.

Antoinette commented 2014-02-23 03:20:20 -0500 · Flag
Billy has paper-thin skin, and a fragile ego. Like his colleague foe, Hannocchio the Thespian, he can’t take criticism and rejection very well, so he lashes out at his critics.